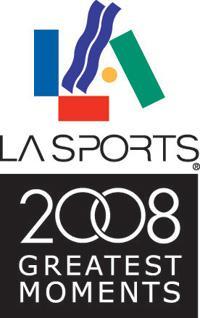 San Bernardino County, Calif. (December 16, 2008) – Southern California native Jimmie Johnson’s performance at Auto Club Speedway in 2008 has been nominated by the Los Angeles Sports Council as one of the LA area’s most memorable sports moments. Race fans can visit the Council’s website to vote his accomplishments as the “top” motorsports story of the year.

Fans can visit www.lasports.org to vote for the LA Sports Council’s “Greatest Sports Moments of 2008” in the LA-area. Voting takes place from Dec. 15 – Jan. 15. In order to vote, your pop-up blocker must be disabled on your internet browser, and you will be required to register and sign in on www.lasports.org.

About Auto Club Speedway
Don’t miss out on the West Coast Premiere of NASCAR, the Auto Club 500 on February 22, 2009. See the biggest stars of NASCAR including Dale Earnhardt Jr., Kyle Busch, Jeff Gordon, and Juan Pablo Montoya as they reach speeds of more than 200 miles per hour. NASCAR racing is a full day of excitement and entertainment that includes sponsor displays, live musical entertainment, great food and fun for the whole family. Enjoy the Speedway’s fan amenities, including new escalators, shade structures and misting zones, souvenir shopping and Apex by Wolfgang Puck. To purchase tickets for the Auto Club 500 weekend call 800-944-RACE (7223), or visit www.autoclubspeedway.com for more information.