Against Abuse, Inc. and the Cincinnati Association for the Blind and Visually Impaired First Two Charities Selected for the Jimmie Johnson Foundation Blue Bunny Helmet of Hope 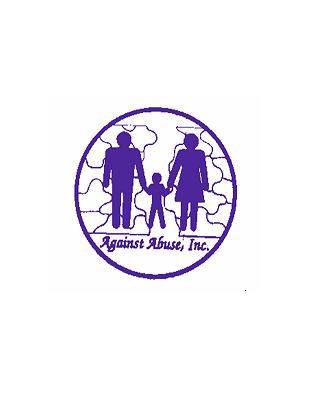 Against Abuse, Inc. and the Cincinnati Association for the Blind and Visually Impaired were chosen to appear on the helmet that Johnson will wear during race weekend activities at Michigan International Speedway on August 18, 2013. Each organization also will receive a grant of $10,000 and a special Blue Bunny ice cream party.

Jo Anne Pinto, an employee at Against Abuse, Inc. located in Casa Grande, Ariz., nominated the organization, whose mission is to provide services, support, and education to all who experience the effects of family dysfunction and/or abuse, past and present.

“When families have problems, children are the most vulnerable and the most at risk,” Pinto pointed out in her nomination form. “AAI’s children’s program, La Casita de Paz (Little House of Peace) provides an island of security and support as children learn to manage their feelings, make choices for themselves and look towards a more positive future.”

The Cincinnati Association for the Blind and Visually Impaired, which offers blind and visually impaired people of Greater Cincinnati, Ohio, the opportunity to seek independence, was nominated by Peg Fortenbery of Liberty Township, Ohio.

Peg’s daughter and son-in-law received support from Cincy Blind when they found out their son had a visual impairment. “CABVI provided the emotional support needed after the initial diagnosis.  CABVI has provided them with excellent resources and unbelievable support for the past 3 1/2 years,” said Fortenbery.  “One of the resources provided was access to a community of people going through the same or similar experiences.”

Against Abuse, Inc. and Cincinnati Association for the Blind and Visually Impaired join Make-A-Wish Iowa, which was selected by the program’s title sponsor, Blue Bunny Ice Cream, as charities that will be featured on the Blue Bunny Helmet of Hope.

The Helmet of Hope program, which began in 2008, allows fans, consumers and media members across the country to nominate their favorite charity to receive a $10,000 grant, special recognition on Johnson’s race helmet and a Blue Bunny ice cream party. This year’s Blue Bunny Helmet of Hope campaign will run during six NASCAR Sprint Cup race weekends beginning at Texas Motor Speedway on April 13th and culminating at Charlotte (N.C.) Motor Speedway on May 26th.  Johnson will draw two charities each week to be included on the helmet, for a total of 13 charities. To date, the program has contributed more than $430,000 to 61 different charities.

Nominations are currently being accepted at www.helmetofhope.org. For more information about the most recently selected charities, visit www.against-abuse.org and www.cincyblind.org.

About the Helmet of Hope
In its sixth year, the Blue Bunny Helmet of Hope program gives fans and media members across the country the opportunity to nominate their favorite charity to be featured on five-time NASCAR Sprint Cup Series Champion Jimmie Johnson’s Sprint Cup helmet for the race at Michigan International Speedway on Aug. 18, 2013.  The title sponsor for Helmet of Hope is Blue Bunny Ice Cream.  In addition to being featured on the helmet, each charity selected also receives a grant of $10,000 and a Blue Bunny ice cream party.  To date, the program has contributed more than $430,000 to 61 different charities.